Looking for a way to use pears in your baking this fall? Try this easy pear crisp made with fresh pears and an oat crumble topping. Spiced with cinnamon and nutmeg, this dish is best served warm with vanilla ice cream.

Pears are in season during the fall and this quick and easy pear crisp is the perfect way to enjoy the seasonal fruit. The pears are tossed with sugar and spices while the crisp topping is made with oats, butter and brown sugar. This fall dessert is simply delicious!

Why this recipe works

The recipe calls for Bosc or Anjou pears, which stay crisp when baked. The oat crumble topping is reliable and a go-to of mine for other crisp recipes (such as my strawberry rhubarb crisp). If your prepping for the holidays, this dessert can be doubled and made ahead of time!

To make pear crisp with cranberries, replace two pears with 1 cup fresh cranberries. If using frozen cranberries, do not thaw. If you like caramel with your desserts, simply drizzle homemade caramel sauce over the crisp right before serving.

Gluten-free pear crisp may be made with gluten-free oats and gluten-free flour. You could also make this dessert dairy-free with a nondairy butter in the crisp topping.

How to make pear crisp

Make ahead tips and tricks

How to freeze pear crisp: Let the crisp cool completely, then double wrap the crisp and the baking dish with two-layers of aluminum foil to prevent freezer burn. Crisp will last 3 months in the freezer. Defrost in the refrigerator overnight before reheating.

Reheating instructions: Preheat oven to 350 F. Reheat crisp (uncovered) for 20 minutes or until heated through.

How ripe should pears be for baking?

Pears should be right at the beginning of their ripening stage. They should be firm when gently pressed, but a little tender near the stem.

Do I have to peel pears for baking?

Yes, peel pears for pear crisp. The skin will likely fall off the slices when baked making a weird texture in each bite.

Can I use apples in this crisp recipe?

Yes, you can swap out two pears with two small apples for this crisp.

Can I use other nuts in place of the pecans?

Yes, for the crisp topping you can use walnuts or almonds as a substitute for pecans.

Can I make pear crisp with canned pears?

I do not recommend canned pears as they are softer than fresh pears. They will get mushy and fall apart when baked.

Pears are an underrated fruit that is wonderful to bake with. I suggest trying these recipes or another crisp recipe if that’s up your alley! 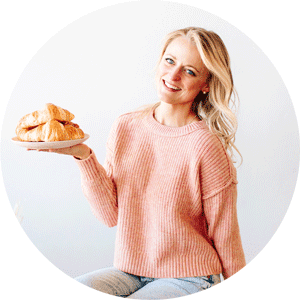 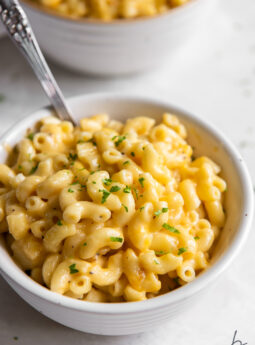 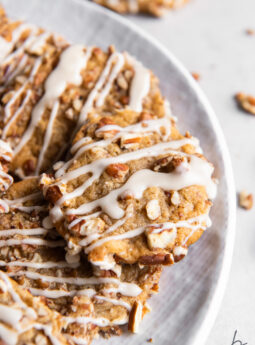 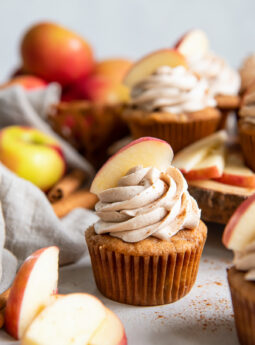 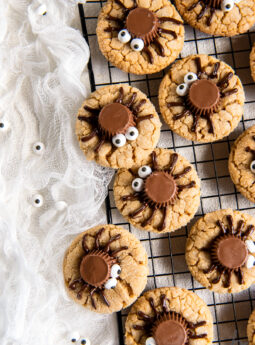 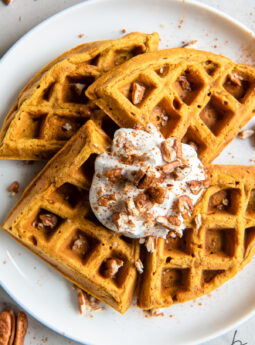