Note: The name of this cupcake is named after the cocktail containing Guinness, Jameson and Bailey’s.

What a lovely day for a Guinness, wouldn’t you say? Or perhaps Irish Car Bomb Cupcakes instead! Tomorrow is St. Patrick’s Day and everyone has already begun celebrating.

It seems like people will take any excuse to drink, even in the form of a cupcake!

Of all the cocktail cupcakes I’ve made, these are probably the most alcoholic. I mean, they are inspired by Irish Car Bombs. Last year I made these bad boys and people loved them.

From the Guinness infused chocolate cake, and Jameson Whiskey ganache filling, to the creamy Bailey’s frosting, these tasty little suckers are sure to pack a punch.

And, yes, some of the alcohol does bake off in the oven, but a fair amount remains. The buttercream frosting requires no heat so all the alcohol in the Irish cream is there to get you tipsy 😉

I have to say, the frosting is absolute perfection. I sometimes make this frosting just because my cake needs an extra kick of flavor. Bailey’s is a flavor in itself!

Each cupcake is filled with chocolate ganache spiked with Jameson Irish whiskey. The ganache floods your taste buds as soon as you bite into these cupcakes.

To create a small hole in the center of each cupcake, I used the end of a large, round frosting tip and discarded a bit of the cake. I filled the hole with the Jameson ganache and let it overflow onto the top of the cupcake for show.

And what would St. Patrick’s Day be without a Guinness? The stout beer adds some aroma to the chocolate cupcakes. I like serve the dessert with a Guinness to so I have something to wash down dessert!

These cupcakes have the perfect blend of spirited flavors. The Bailey’s buttercream frosting is also featured in my chocolate Bailey’s whoopie pies and Bailey’s brownies.

Guinness for the Cupcakes

Jameson for the Chocolate Ganache

Double egg yolk?! Must be the luck of the Irish…

END_OF_DOCUMENT_TOKEN_TO_BE_REPLACED 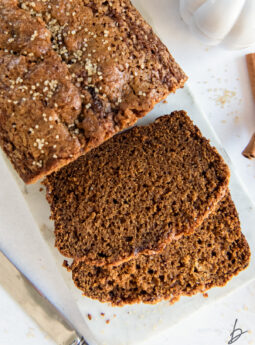