Two-bite cinnamon sugar scones are mini breakfast treats sweetened with cinnamon sugar. If you like snickerdoodles, you’ll love these scones!

Another two-bite scone recipe is here! My take on snickerdoodle scones, these two-bite cinnamon scones is the morning snack you never knew you needed. They are loaded with cinnamon in the batter, sprinkled on top and in the glaze. Just two bites will leave you satisfied!

As I mentioned in my post for mini chocolate chip scones, I love the idea of two-bite scones. Scones these days are usually the size of your hand, which is a bit too much for a mid-morning pick-me-up. But a two-bite scone? Now that’s the size we need.

Mini cinnamon scones will fix that snack (or sugar) craving and won’t leave you feeling guilty. And look at how cute they are! I’m telling you, bite-sized scones are the way to go.

Another plus, one recipe feeds a crowd. It makes 64 mini cinnamon scones and I’ll tell you how (stay with me here). The dough is rolled into a square and then cut into 16 smaller squares. Those squares are cut diagonally to create 32 triangles. Bake those triangles and then once cooled, you can the option to cut them in half again. Having trouble following along? I made a video demonstrating the cutting steps below the recipe card (keep scrolling).

Of course you could keep them as 32 triangle scones, but they would be two rather large bites—not that there’s anything wrong with that! Either way these two-bite cinnamon scones are delicious. They are light and sweet, just what you want in a scone. And to top it off, give them a nice drizzle of cinnamon sugar icing.

*Be careful not to overwork the dough as it will result in tough scones.
**Flour your knife each time you make a cut to prevent the dough from sticking to your knife.
***Don't be too particular here; in fact, if the scones are already a size you like, don't bother to cut them again.
Tried this recipe?Mention @ifyougiveablondeakitchen or tag #ifyougiveablondeakitchen!
Loosely adapted from Sweet Pea’s Kitchen. 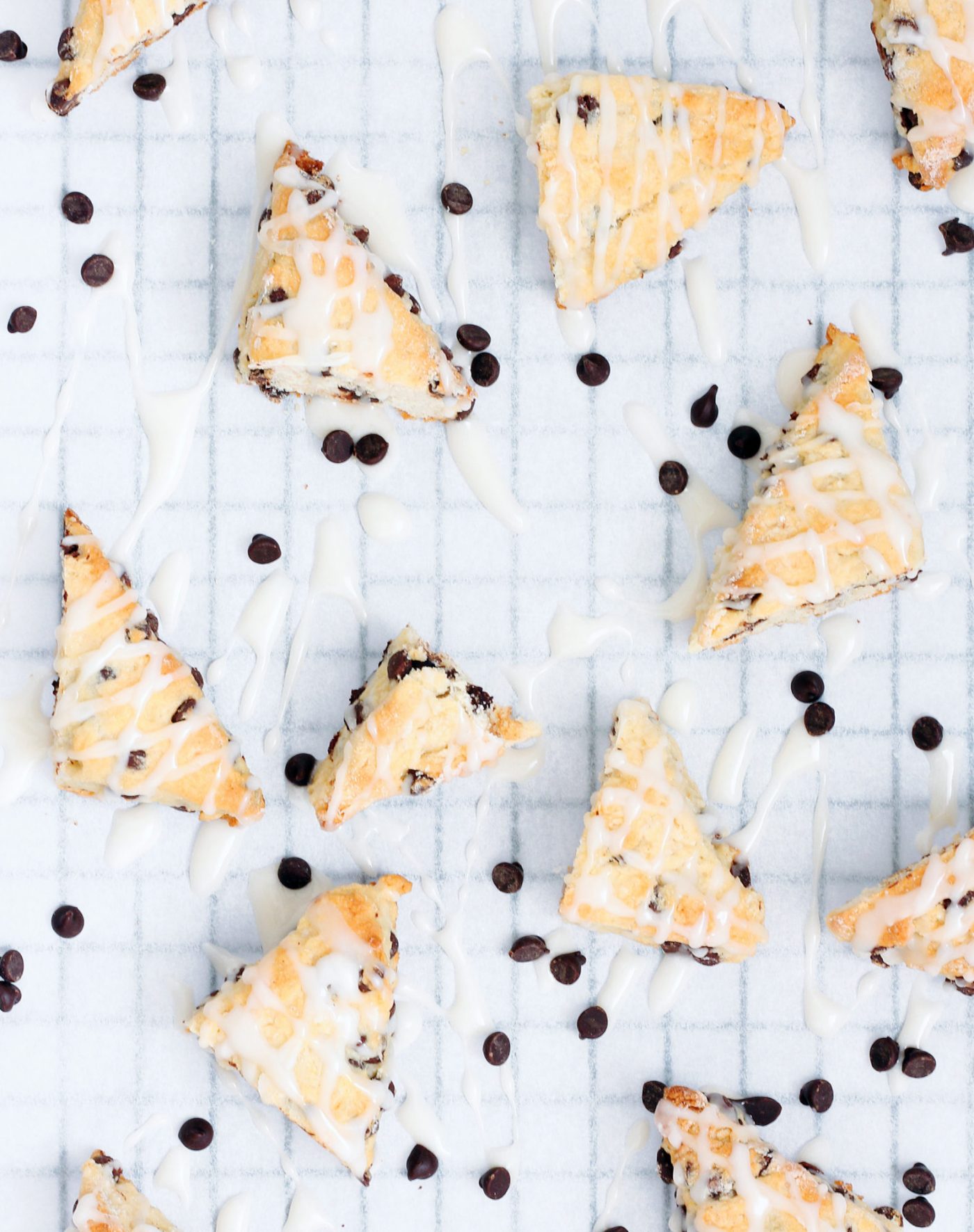 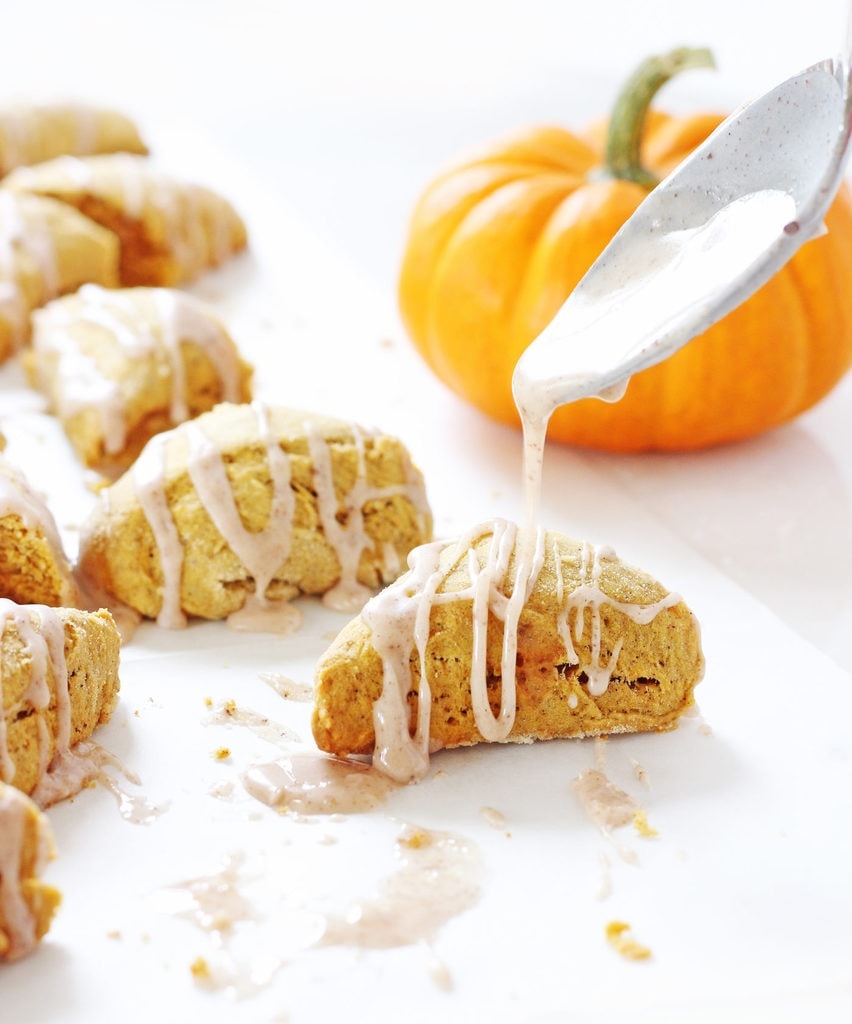 Pin3K
Share7
Tweet
Share
Yum58
Email
Note: This page may contain affiliate links. If you purchase one or more of the products after clicking one of my links, I receive a small commission (the price you pay is not affected). Thank you so much for supporting my blog! #CommissionsEarned
« Nutella Peanut Butter Thumbprint Cookies
Cake Pan Release Recipe » 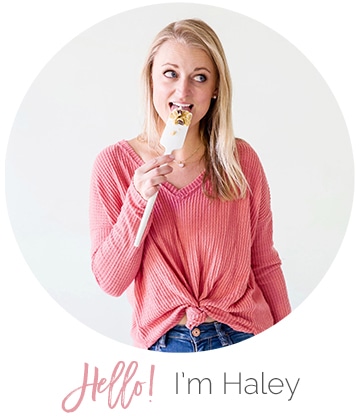